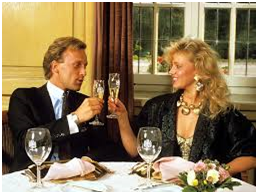 Double glazing is everywhere. New builds have to have it and most people are in the process of getting it or want to have it. The benefits of double glazing are massive. They keep the outside sound, heat, and cold out whilst keeping the warmth of the home in. Most of a home’s heat is lost through the windows and double glazing helps to reduce this “heat bleed” dramatically. However, the inclusion of double glazing was not a common part of the home until the 1980s. It wasn’t seen as needed as it is now. What suddenly made us decide that it was time to get rid of the single pane and rattling wooden frame for the easy clean aluminum? 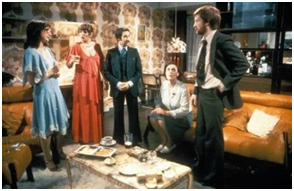 You might still be in the need for double glazing and Double Glazing in Evesham based experts at firmfix.co.uk/ should be your first port of call. It’s unlikely that your friends coming round for a dinner party will be as impressed as house guests of the seventies and eighties were. As they sat down to the fondue or the Delia Smith based creation they may have noticed the way the curtains had been left somewhat playfully open, even though it was the evening. “Why are the curtains not drawn Julia?” they would comment intrigued as to why they could feel no breeze without the protection of the heavy curtains in place or a rather fetching woollen draught excluder in the shape of some kind of animal.

“Ah yes it’s the double glazing, just had it put in actually. More Spag Bol anyone…?”, came the reply. It was in many ways just a way to show off that you had a bit of money especially as the initial cost of replacement windows was very high. Eventually, with the opening up of credit lines and improvements in technology and production, it became a more affordable option.

Keeping out draughts was one of the many selling points and the adverts of the time really pushed this. Most famous was the adverts to feature Ted Moult, a regional TV presenter who had a very distinctive Derbyshire accent and whose everyman feel won over potential customers. He would drop a feather down the window to show the draught free ability of the double glazed windows. In one particular advert, he kills two birds with one stone by having a helicopter land outside the house demonstrating the way the windows deadened sound as well as stopping strong winds.